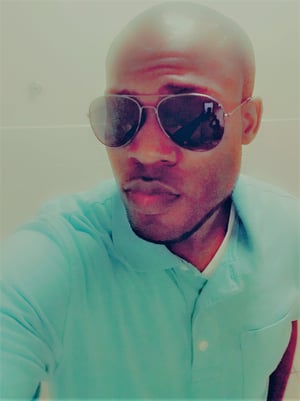 Imran Newton began working with HHS in August 2015 as a lead project tech at a facility in Ocala, Florida. Less than a year after joining the company, he was offered a position as the housekeeping supervisor for the medical outbuildings. He worked in that area for several years, gaining experience in a leadership role.

"I'm learning every day and I love what I do. I'm lucky to have some of the best mentors in the company."

Eventually, he was approached by several EVS leaders at the facility about moving up with the company. Initially, he was not interested in their offers—he enjoyed his job and was satisfied with the role. But as the directors kept encouraging him and telling him that they saw great potential in him, he finally decided to look further into the offers. In May 2019, Irman was promoted to resident operations manager at another facility in Ocala.

Irman is a strong communicator and is self-driven, both of which have helped him to be successful with HHS. Originally from Jamaica, he moved to Boston in the late 1990s before making his way to Florida. In his free time, Irman enjoys playing a variety of sports, especially soccer.

"HHS is one of the best companies I've ever worked for, and I hope I can continue to be a great help to the company. I'm learning every day and I love what I do. I'm lucky to have some of the best mentors in the company that I can call upon if I have any questions. I appreciate this journey and I look forward to learning and growing within the company. I have a goal to one day be able to travel the world starting up accounts in countries and regions all over the world with HHS, and I'm willing to put in the hard work to accomplish it."