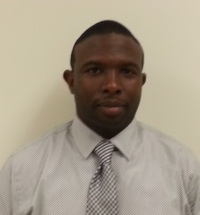 Willie Nash joined HHS four years ago and currently serves as a director of environmental services in Fort Smith, Arkansas. Willie has achieved high patient satisfaction scores and a low employee turnover rate in his department. We sat down with him to learn how he has built a strong company culture within his department.

Tell us about your background with HHS.

My family was in nursing, and I always knew I wanted to do something in the medical field. I got my Bachelor of Arts in Business Administration from Saint Leo University in Florida, and I earned my graduate degree in organizational dynamics from Oral Roberts University in Tulsa, Oklahoma. I did my rotation at St. Dominic Memorial Hospital in Jackson, Mississippi, where I was the assistant director of patient access in the ER. I was on track to eventually become a hospital COO, but I just felt like I wasn’t helping out where I needed to. Then my father was diagnosed with lung cancer. He was given two years to live, but when he was in the hospital he contracted a healthcare-associated infection (HAI) and was gone in two months. After that I started researching more about HAIs and how to prevent them, which led me to learning about environmental services and HHS. I reached out and was hired. I went through training, became an assistant director, and then fast tracked to becoming a director. Within a year of starting with HHS I became the system director for a healthcare system in northwest Arkansas. After a couple of years there, I was given the opportunity to come to Fort Smith, Arkansas, where I am today. In both locations I’ve helped to raise HCAHPS scores to some of the highest levels our facilities have ever seen. And through it all, my father has always been my burning ‘why.’ That’s what keeps me going.

What do you do to create a positive culture within your department?

The first thing is just meeting people where they are. Working in a hospital, we meet so many people with so many different personalities, so it’s important to figure out how best to reach each person. A saying that we have in our department is “activate our greatness.” We try to put ourselves in the patient’s shoes. We’re the last line of defense and we take care of people when they get sick. If we’re not doing our job, it doesn’t matter what the doctor does. So it’s important that we always do our very best. We have the idea of a “120 lifestyle.” Even though there’s no such thing as perfection, if we live that 120 life, we’ll land somewhere around 90 percent success. We don’t want to be average—the difference between average and great can lie in doing just one thing differently.

I think it’s important to focus on building relationships before focusing on work. When I’m rounding, I always first ask team members about how they’re doing and how their families are. Then when I come back for a second round later I’ll focus on anything work related that needs to be addressed. I also ask people on the team to bring in photos and we post them on the wall. We have donuts or fruit on Fridays and have regular pizza days. We’re a family. I believe that people work for people, not organizations, so that starts with me. If I make them feel like they’re part of a team, they’re less likely to leave me over 50 cents.

What tips would you give to other directors to improve their culture within their department?

To be successful in my job, I had to fall in love with the game. I had to learn to love what I do. I had to create a why if I didn’t have one. We’re going to fall into so many conflicts, if you don’t have that why it’s easy to become frustrated and have long days. But when I see a patient that is getting better, I know that it is because of me and my team. We are the reason a lot of patients get to go home; we keep them safe and healthy. In order to build a strong team you first have to change the way you think about what you do. As a manager, you can be your team’s biggest asset or their biggest liability.

HHS is a great company and they’ve given us a great blueprint to follow. It’s like football; you just have to run the playbook. I’m using what they’re giving us, I just add a little bit of my own finesse. For example, if the team is getting frustrated with the PI process, I’ll put on scrubs and ask them to be the manager and tell me what I need to do. This helps them to see it from both perspectives.

My team’s culture is built off of establishing a team that cares about what they do and creating strong relationships. I think one of the worst things a manager can do is hire out of desperation. When I hire someone, I always make sure they fit the bill for what we need. For example, if I’m hiring a patient advocate, they need to be friendly and talkative. I also like to invite candidates in for a couple hours to see what we do before I hire them. I’ll show them what a tough day can look like to see if they’ll like it. Starting from the date of hire helps us to build that brand and create a good family culture. Make sure you have the right people for the right reasons. At my previous account, I had the lowest employee turnover rate in the whole company. That came because I was selective in hiring team members and hired people who would fit with our family culture.

How do others on your team support the department’s culture?

First thing I do when I come to a new account is meet with all assistant directors and supervisors and let them know what kind of director I am. I tell them about the activities we’re going to do and how we are going to live that mission. They love what I’m selling. If you ask them what our team is all about, they’ll say it’s the 120 lifestyle. We wear it like a badge of honor, and it’s up to all of us to build that culture for our housekeepers. Our team is only going to perform as great as we do, so it has to start with us. You have to make sure you got the right ADs and supervisors. Most of them want to get to the next level, so it’s easy to motivate those guys. When they see  someone leading by example they follow suit.

What do you think makes a successful team?

A great team is one that’s all on the same mission. Everyone has to have the same reason why they’re doing what they do. If you’re fighting together for the right cause, you’ll get there. I never pride myself on being the smartest person in the room; I encourage others to share their ideas. Whenever your team feels like they have buy in and they can impact change, it builds a culture of a family and a real team. It takes a couple months to see HCAHPs go up and the buy in happen, but when they see how they’re impacting people’s lives, you’ll have a great program.