In New York, New York, several members of the HHS aviation team, who provide passenger services for an airline at the John F. Kennedy International Airport, were recognized for their great service. 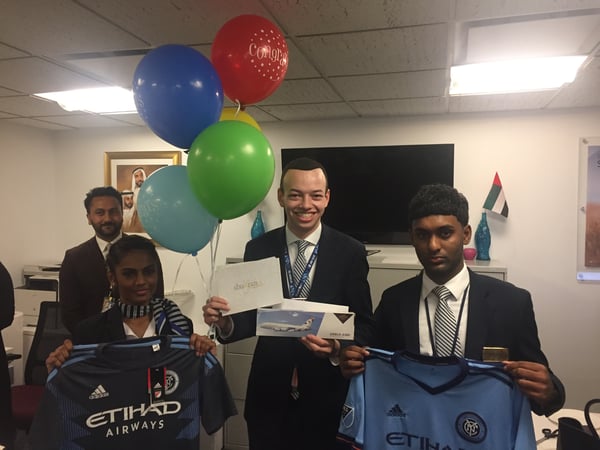 Khemwattie Imrit was awarded for his dedication for lounge coverage. Avery Benson received the Etihad Shukran highest award for baggage service performance. And Mohamed Khali was acknowledged for contributing to passenger engagement in many areas. The HHS staff was recognized by the airline with an award ceremony and a pizza party.